Want to save precious time when feeding a large family? An egg cooker will save you time and effort and our review of the best egg cookers won’t disappoint.

Affiliate disclosure (FTC): As an Amazon affiliate we earn a small commission every time you click on a link and purchase a product.
Regardless, we recommend products or services only if we believe they add value to the readers of our site.
Also see: Affiliate Disclosure
SPONSORED
Best-in-class 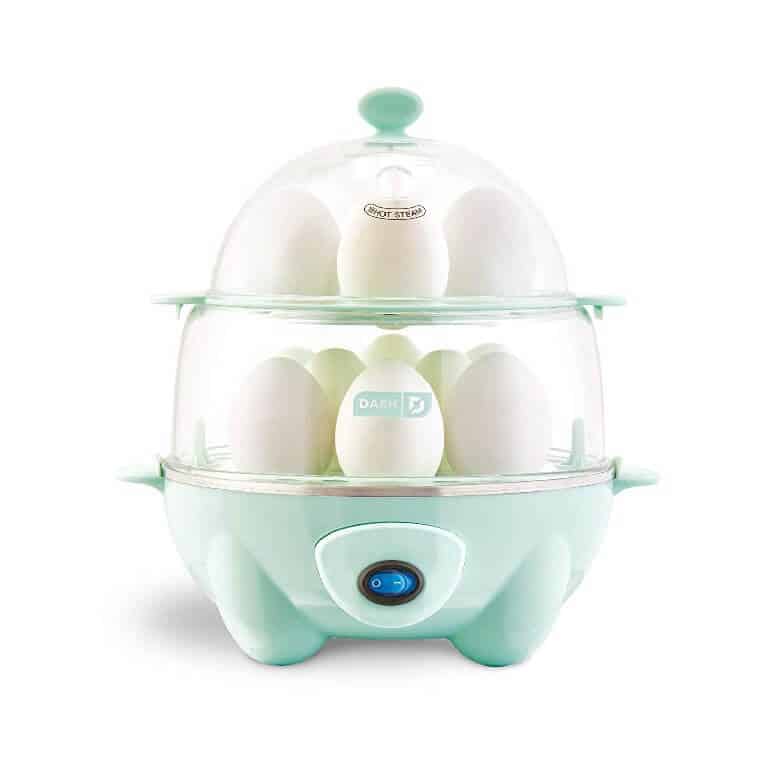 A versatile appliance designed to cook a lot of eggs in a variety of ways.

When you have to feed a large family but also respect a busy schedule, the Dash DEC012AQ can help you save the day. More than an egg cooker, this versatile appliance can also steam your veggies, warm tortillas, or cook your dumplings and seafood.

A wealth of accessories add versatility to the game; you can use this rapid egg cooker to make boiled or poached eggs, individual or big omelets, as well as scrambled eggs.

Whether you’re short on time or hurry to satisfy a picky eater, all you have to do is choose a cooking function and time, then press the start button. We like that you can set it and forget it, as the cooker will turn off automatically when cooking is done.

Designed to boil a dozen eggs at a time and to look great in any kitchen, this trendy appliance is the best egg cooker for big families. 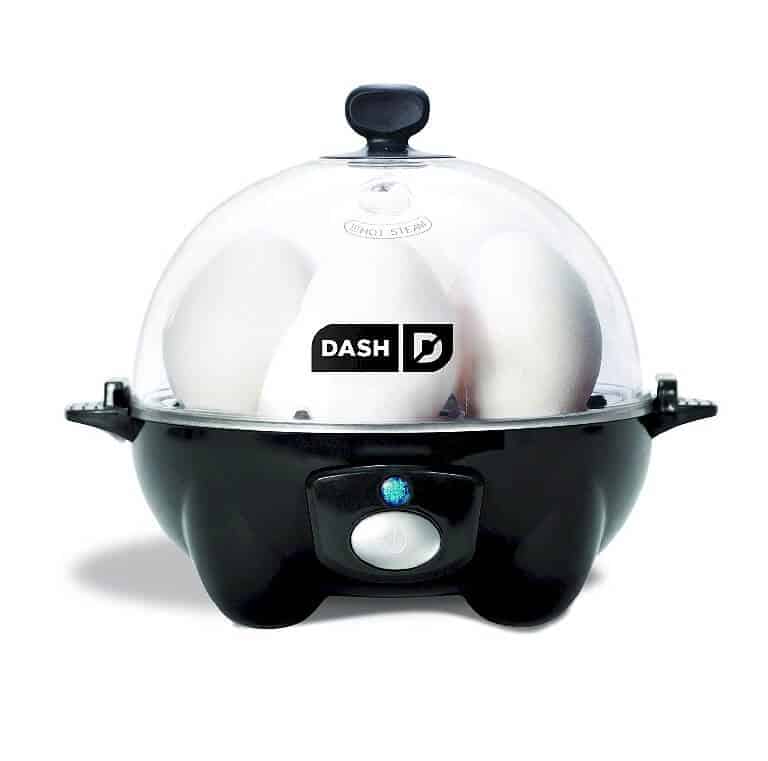 Best for the money

This stylish egg cooker can boil up to six eggs at a time, and comes with accessories for other versatile recipes.

As good looking as our best-in-class but smaller, the Dash DEC005BK is a great choice for a tinier household, college dorm, or studio apartment. Able to boil six eggs at a time but more suitable for one or two people, this compact and lightweight egg cooker also fits wonderfully in an RV.

A tray and water measuring cup ensure perfect boiled eggs every time. It also comes with other accessories for making pouched eggs or omelet.

You can also use the omelet tray to warm up tortillas or steam some veggies. All accessories are dishwasher safe, and the appliance even comes with a recipe book and free recipe database access.

Boasting all best-in-class qualities except for the size, but coming at a more attractive price, this is no doubt the best egg cooker for the money. 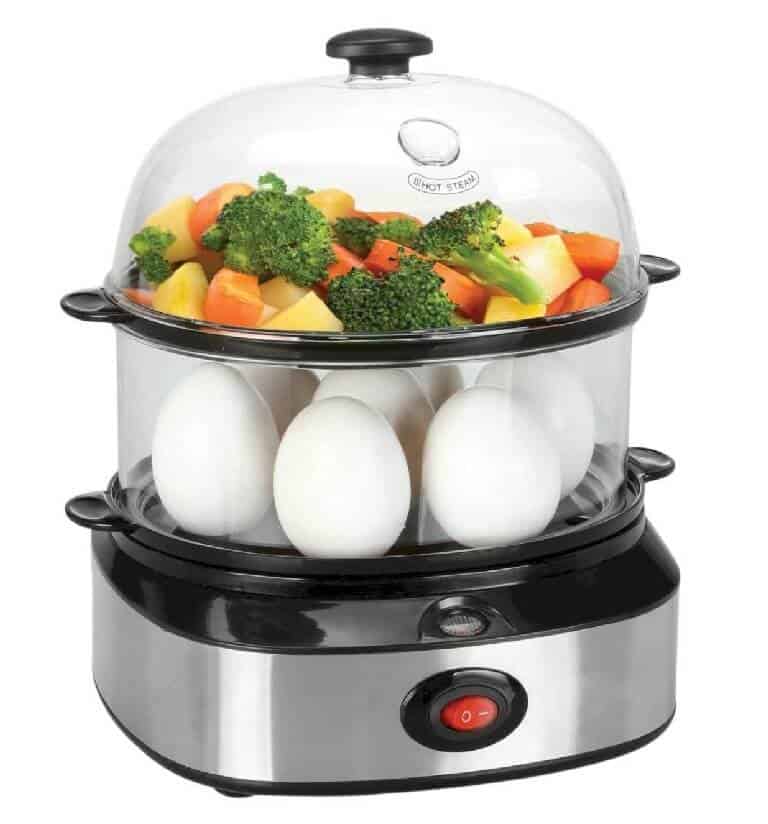 More than an egg cooker, this is a versatile kitchen appliance designed to satisfy various cooking needs.

If you want to boil more than a dozen eggs at a time and don’t mind spending some dollars, the PowerDoF ZDQ-702A could satisfy your needs. Like our best-in-class, this is a 2-in-1 egg cooker and vegetable steamer ideal for bigger families.

This dual layer appliance can hold up to 7 eggs in each tray, and also has accessories to make poached eggs and omelets.

It comes with a poorly written user manual, but luckily, it’s easy to use and even easier to clean. A great best-in-class alternative, this egg cooker is a great choice for very big families. 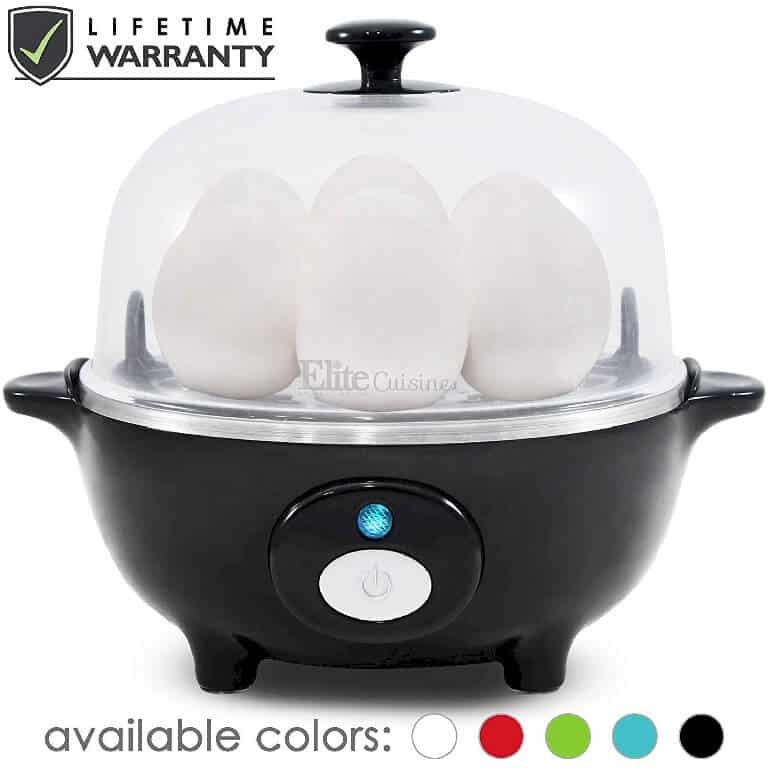 A small yet versatile egg cooker ideal for students and young professionals on a budget.

If you want an egg cooker but have a tight budget, the Elite Cuisine EGC-007B could be the best for you. Coming at a really affordable price, this appliance is very similar to our best value. It can boil up to 7 eggs at a time, and it comes with the accessories for an omelet, poached, and scrambled eggs.

We don’t like that it’s a bit less consistent in cooking eggs perfectly every time. They could come out either harder or softer than you like. The pouched eggs are also a bit on the softer side.

Nevertheless, all it takes is a bit of practice to understand how much water to use to achieve the desired results. That’s a negligible disturbance, considering its price; once you figure out the right water quantity and cooking time, this egg cooker will surely satisfy your needs.

What is an egg cooker?

An egg cooker is a kitchen gadget designed to cook your eggs with steam instead of boiling water. It is primarily designed for making boiled eggs, but most units come with different trays and accessories that allow you to also cook pouched eggs, scrambled eggs, and omelets.

This handy gadget can replace the traditional kettle and comes with many advantages, including:

What are the different types of egg cookers?

When thinking about an egg cooker, most people think of the countertop appliance. However, there are two types that work in a similar fashion – albeit using different technologies to accomplish their function.

How does an electric egg cooker work?

An electric egg cooker works in a way similar to a food steamer. It has a heating element positioned under a base and trays that go on top of the base without touching the water. A dome lid goes on top of the trays, trapping the steam.

The cooker brings water at boiling temperature, producing hot steam. The hot steam surrounds the eggs transferring the heat to them. Some of the steam also condenses on the cold eggs and returns back into the base, from where it is evaporated again.

The rest of the steam escapes into the room through a vent on the lid. Cooking is completed when all the water in the appliance has evaporated.

How much water should I use?

The quantity of water you should use depends on the size of the appliance and the number of eggs you want to cook.

Considering an average egg cooker with a capacity of 7 eggs, you should use:

Why do I need less water to cook more eggs?

How much water is required by an egg cooker confuses many people, majorly because these appliances require more water to cook fewer eggs.

The principle is simple. The fewer eggs you have in the cooker, the more steam is dispersed. Thus, there is less steam that condenses and ends back into the pan. When there are more eggs in the cooker, most steam condenses and is recycled. Furthermore, each egg also radiates heat onto the other eggs, aiding the cooking process.

That’s why you need a smaller quantity of water to cook more eggs with an egg cooker.

Does an egg cooker cook only eggs?

It really depends. Smaller egg cookers with few accessories can usually cook only eggs (some can cook boiled eggs only). Bigger egg cookers, usually those with a capacity of 6 eggs or over, can also double as food steamers.

In broad lines, you will be able to cook the following with a mid-sized or large egg cooker:

What features should I look for?

If you want to make sure you buy the best egg cooker, you should consider the following features:

Best Egg Cooker for the Money

Best for the money

This stylish egg cooker can boil up to six eggs at a time, and comes with accessories for other versatile recipes. 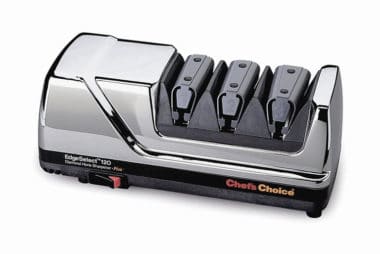 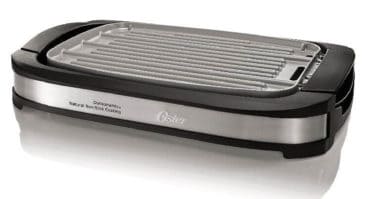 Not Sure What to Plant? Discover 28 Easy Growing Vegetable Types 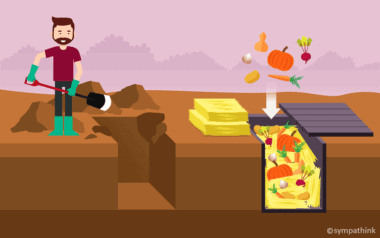 How to Build an Underground Root Cellar : Prolonging Your Harvested Crops 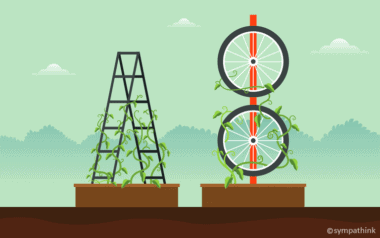 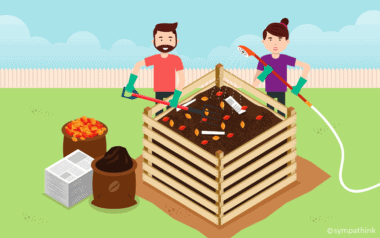 Keeping Your Soil Healthy Throughout the Year: 6 Soil Prep Tips